Join the fight to save the rhino

By: user_admin
In: Africa, General, Uncategorized, Wildlife Conservation
With: 0 Comments

Join the fight to save the rhino 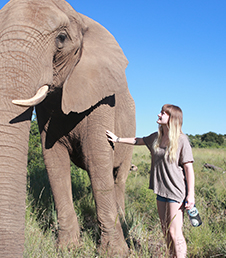 Join the fight to save the rhino!
With the amount of publicity that rhino poaching has been receiving, it is tough not to be aware of the dire situation rhinos are finding themselves in. All species of rhinos; Black rhino, White rhino, greater one-horned rhino, Sumatran rhino and Javan Rhino all find themselves on the critically, threatened and endangered species list. With fewer than 31,000 rhinos left in the world it is a crucial time for conservation efforts to kick into high gear to save these species.

Rhinos once roamed Euroasia and Africa but their numbers have dropped dramatically due to a variety of human activities. The number one issue is poaching rhinos for their horn. The demand for rhino horn in Asian countries has escalated due to medicinal reasons and the status symbol that having a rhino horn represents.

5 facts about the Rhino Horn trade:

It is believed that the Rhino Horn Trade and other Wildlife Trafficking is largely run by terrorist groups. The consumers of rhino horn are therefore helping terror groups to fund their weapons and explosives.

Another leading rhino conservation organization is Save the Rhino who are actively educating society about the issues around rhino poaching and actively exploring ways to decrease poaching.

Rhinos have been on the endangered species list for several years, however there are a variety of efforts being made to stop poaching, including:

Anti-Poaching: Training anti-poaching rangers to be both pro active and reactive. Rangers are the ones on the ground who risk their lives daily to protect rhinos and ensuring they are well trained, well equipped and motivated will ensure the safety of our rhinos.

Monitoring: Many reserves are introducing extensive monitoring to better understand the animals on their properties in regards to their movement and habitual patterns. Being better aware of where rhinos roam will give proper support to the anti-poaching rangers.

Education: Spreading the word of what dire state rhinos are in. Educating children on the important role that wildlife play in our society and the benefits of protecting them is crucial for the future of rhinos

Reduce Demand: Demand is single handedly the driving force behind rhino poaching. Raising awareness amongst consumers that there is no scientific proof of rhino horns medicinal benefits and ensuring laws are implemented.

Translocation: In order to increase the population it is important to manage the rhinos that are still alive properly. If an area is overpopulated, breeding will decrease. It will be important to move and distribute rhinos to ensure they are in an environment where they can thrive.

There are several ways in which the fight against rhino poaching is actively being fought around the world. Hundreds of people risk their lives each day in the hope to stop this rapid poaching. Several anti poaching organizations are doing everything they can to raise funds and educate the world of these issues.

How can you help? Even if you are not able to be at the forefront of the problem, educating others about rhino poaching and staying up to date with the issue is still helpful as we work together to save the rhino!