By: user_admin
In: Africa, Uncategorized, Wildlife Conservation
With: 0 Comments 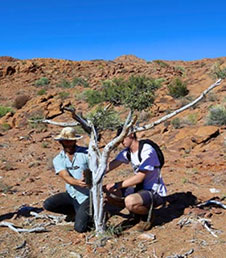 Unfortunately, cheetahs are among the many African animals whose population is depleting at an extraordinarily rapid rate. And yet, people seem to be completely unaware regarding just how endangered cheetahs are. Currently, there are only 7,500 cheetahs left globally – including those captive in zoos. The numbers for wild cheetahs are far lower, and decreasing daily.

Our Living with Cheetahs project is a place where cheetahs are bred, trained, and released with hopes of resolving this detrimental issue. Quite a few aspects contribute to the stunningly quick decline in population:

Cheetahs are thin cats, and are quite small in comparison to the other African animals that roam in the bush. Cheetahs, especially cubs, are hunted by lions, hyenas, wild dogs, and even leopards. Granted, cheetahs are the fastest animals in the world, but their predators are strategic in their hunt, and the babies are unable to run at top speeds considering their age. A shocking 96 percent of cubs die within the first year due to being hunted by other animals. This may be the only somewhat acceptable way for a species to come into endangerment; through a natural process that occurs without interference from external forces.

Many parts of Africa remain untouched, but more and more land is being developed for farming. Because of this, cheetahs have less land to hunt for their own food, causing some to die of starvation. Moreover, the land that is available to cheetahs is not ideal terrain for them; cheetahs can run at top speeds, but only in the desert or flat grassy areas. If cheetahs are placed in the hilly, rocky terrain, it becomes increasingly difficult to effectively run to catch prey and escape from predators.

On the topic of land, farmers are a large threat to cheetahs. Since cheetahs have less land to hunt wild game, some have resorted to sneaking onto farmers’ land to indulge in some easily accessible livestock. Farmers, of course, do not want their livestock to be eaten, so they shoot cheetahs who interfere with their animals.

*Cheetahs are endangered, and it is illegal to shoot any endangered animal. These farmers should be imprisoned, though if they dispose of the body and nature conservation or animal rights groups do not find out about the killing, there is no way to make a sure arrest.

People are no longer interested in having domestic dogs and house cats for pets; they have moved on to much more interesting animals, like cheetahs. Cheetah cubs are being sold on the black market for as much as $50,000 (U.S. dollars) per cub. People who are involved in the pet trade steal cheetah cubs from their parents, perhaps sneaking in when they are away from their young while hunting for food, and sell them on the black market to people in various countries. Especially in countries like Dubai, it is considered a social symbol to have cheetahs as pets. However, cheetahs are not easy to care for. Further, they do not belong in homes – they belong in the African bush, which is where we intend to put them.

As some of you readers may know, poachers, mainly from Asian countries, seek African animals for their horns, tusks, teeth, claws, skin, etc. Due to fictitious beliefs of these body parts being aphrodisiacs or having cancer-curing properties, the demand is unfortunately still very prevalent in Asian countries. Cheetah claws and teeth are used in such remedies, and their fur is used for clothing and taxidermy. This is rarely depicted in the news because there is nothing to show to demonstrate this monstrosity; when poached, entire cheetahs literally disappear from reserves and farms, because they are light weight and easily packed up for their whole bodies to be used. There is nothing to show the public when a cheetah goes missing because the whole animal is gone, taken by poachers.

This, in my opinion, is the most interesting of the causes. Due to the aforementioned causes, the population depleted immensely, so now, interbreeding is a huge threat to cheetahs. Like humans, cheetah inbreeding can lead to physical or mental deformities, which would hinder cheetahs from proper development. Currently, every cheetah on earth is genetically related. Loads of research must be done to discover which cheetahs can breed together so as to insure the genes are far enough apart that the offspring does not suffer.

These reasons are all very unfortunate, but 5 of the 6 are changeable (with the exception being number one – natural causes). At our program, an impressive 13 cheetahs have been born in the last 26 months. Compared to other breeding farms, this is unheard of. Unfortunately, the game reserve where we are located has also lost 13 cheetahs in the past five years due to lions hunting them.

The Living with Cheetahs project strives to combat the many reasons that cheetahs are being extinct. Volunteers play an active role in assisting the reserve with their plan to strengthen cheetahs and hopefully increase the population. Come be a part of the change while having an incredible time participating in activities that you would have never imagined possible.